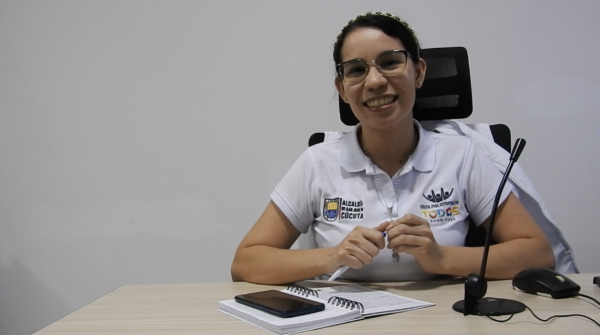 “For us it is very important that the teacher is trained in an emergency, especially in these times of uncertainty and so much risk. It is important because suddenly many teachers do not have the capacity or the tools to approach students in this particular context. When one reads or reviews the book of La Aldea, one connects with it. For the entire educational community this is fundamental, but also for parents, who are essential in the education of students.

For this reason, La Aldea is a very pertinent strategy and it is very transversal. Not only because of the purely cognitive training, but because of the comprehensive training that has to do with being and how children are capable of facing situations on an emotional level. To the extent that the student feels empowered, trained and with all this socio-emotional training, this will be reflected in their performance and development.

The pandemic has taught us a lesson: we always have to be adapting to change and we have to be prepared, which is why I believe that La Aldea is more relevant than ever and allows all those who are part of the educational community to have that mentality of adaptation. necessary to deal with education in an emergency situation”.

“I find La Aldea very educational and it can be of great help. Especially now that we have lived through two years of a pandemic. Through stories, La Aldea helps us get students back to class and take ownership of learning. It is definitely a tool that allows us to help children to adapt more easily”.

“La Aldea is a very good program. The teachers are delighted and are asking to expand it. The teacher who leads the process (Tatiana Mendoza) has been a very good leader. La Aldea served as the basis for a significant experience to be created in the elementary school for the municipality of San José de Cúcuta, which was selected as a finalist; This allowed teachers to understand that new tools and trainings such as these can generate new and better results. Also, the students are fascinated; the readings and all the activities are nice, and are adapted to the context”. 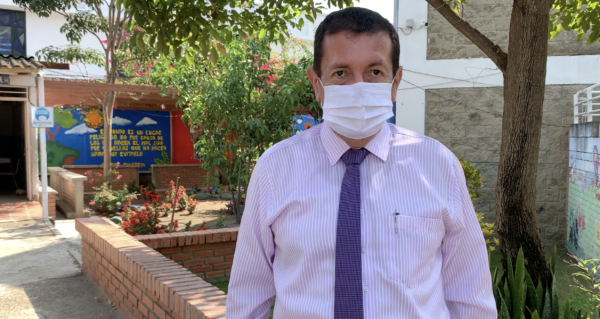 In the San José Educational Institution, located in the Trigal del Norte neighborhood, in Cúcuta, hundreds of boys and girls who live in very vulnerable contexts are cared for. The families that form part of the educational community belong to the lowest socioeconomic strata, for the most part. In addition, between 30% and 40% of the classrooms are made up of migrant students from Venezuela. Only last year, the institution received 450 boys and girls from the neighboring country.

The migrant families who arrived in the community crossed the border with just one bag, and arrived in a very serious situation. The children of these families have been given the educational attention they need. But it is not a simple situation, says Miguel Orlando Peñaranda, principal of the institution. The school’s resources are not extensive, so serving all these students is a challenge. In addition, other difficulties have come to light throughout the health crisis.

“Families did not have connectivity in their homes. Guides were created in the midst of the pandemic, but they did not come to pick them up. If the mother or father had a cell phone, then they did not have enough data… with three children, the option to enter class was a privilege. Virtuality in this context is a lie and it is clear that the pandemic did damage in the poorest contexts”, the principal comments. “Some 40% of students attended class every day, 30% via WhatsApp, and barely 15% participated in virtual classes,” he adds.

In this context, says Miguel Orlando, projects or initiatives like La Aldea-UNICEF are key in helping children to get ahead. “We have to make up for lost time and in this task, a pedagogical strategy like La Aldea is essential,” he says. This has to do with the approach it offers: it’s transversal, it’s contextualized, it’s fun, it’s creative, it’s different, and that motivates students.

In fact, La Aldea has been implemented in this institution for some years, with an impact on both teachers and students. “Since we implemented La Aldea in the institution, the attitude of the students has been one of motivation. They are always willing to participate because they love the characters and identify with them. La Aldea is a valuable tool because it has allowed them to improve their reading and comprehension processes, while working in a very didactic way. And the best thing is that it can be used in any area, since it has a transversal approach. From math, science, and caring for the environment, to reading and ethics,” says Marlobi Barrera, one of the teachers who works with La Aldea in her classroom.

The teachers, says the principal, are delighted with La Aldea and are asking to extend the implementation of the strategy. In addition, using the book and all its associated activities and tools has served as a basis for achieving other goals:

“La Aldea served to create a significant experience in elementary school for the municipality of San José de Cúcuta, which was selected as a finalist; This allowed teachers to understand that new tools and training such as these can generate new and better results. In addition, the students are fascinated because the readings and all the activities, in addition to being nice, are adapted to the context”.